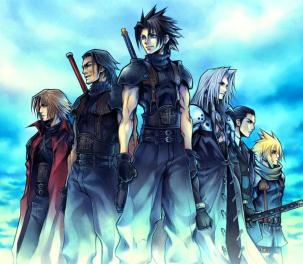 Never thought a game for entertainment brought such a strong emotion. Even though it was a prequel which means every player had known how it ended, and how the story developed, but, for sure, most of them (including me) strove to save him (Zack) to the very last moment in the final battle. Albeit, we failed (of course), and this song came up. At the beginning, this song was so relax, but at the time, it became super sad and vain. The cut scene showed the saddest moment in the whole game, maybe more than that of in the sequel, beside the juncture that Sephiroth killed Aerith. Anyway, everything is fictional, but the song is real, so enjoy it.